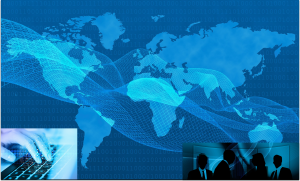 Globalization is in trouble and some predict that the world is now entering a phase of rapid de-globalization. Several observations support this view.

For example, global trade was already slowing before the COVID-19 crisis. Since the 2008-09 Global Financial Crisis (GFC), trade in goods has not returned to its previous growth trend. The U.S. and China have increased tariffs to reduce imports. Supply chains have stagnated and investment growth (which drives much of the supply chain activity) has lost ground. The World Trade Organization (WTO) forecasts a 13-32 percent decline in merchandise trade due to the COVID-19 crisis (WTO, 2020a).

In the past, a simple indicator to measure globalization was the growth of trade in goods compared to the growth of domestic production. Simply put, countries produced and exported those goods in which they were globally competitive and opened their borders to import the rest they needed. This led to strong growth in trade in goods, which caused the trade ratio to rise for decades. /1/

This part of globalization has declined primarily because China’s integration into the world economy has matured and Eastern Europe’s integration into the European Union (EU) economy is not growing at its previous pace. Many countries have become reluctant to further liberalize international markets, which has weighed on trade growth (Figure 1)

Globalization in general includes more than physical goods and raw materials. Now a new and different kind of globalization is taking off

As per OECD, Information industries include manufacturers of ICT equipment, providers of ICT services and the “content and media sector”. They can be described as “Computer, electronic and optical products”, “Publishing, audiovisual, and broadcasting activities”, “Telecommunications” and “IT and other information services”

Figure 3: Employment in information industries as a percentage share of total employment.

The new Globalization is, however, not a story of goods versus services.

Newly globalized activities are often highly digital and emerged in the early years with the help of ICT technologies. These new businesses are mostly intangible. Their products are difficult to store, which requires continuous production, often based on cross-border collaborations.

Although trade in these areas is still small compared to traditional goods trade, these new globalization activities (modern services) have experienced strong growth, especially after the 2008-09 global financial crisis. (Figure 4)

Figure 4: Strong growth in Information Industries after the financial crisis.

The winners of this new globalization wave

Of course, some countries benefit more than others from these new developments. It is difficult to predict winners and losers. Much depends on whether a country’s conditions meet the requirements for this new intangible trade.

Given that modern services gained momentum after the last crisis in 2008, conclusive answers can be drawn from this historical trading event for predicting future developments.

Not only the developed OECD countries benefited from the previous wave of trade in modern services. They did benefit, but the relative increase was higher for countries like Costa Rica, Romania, Bulgaria, Argentina, and to some extent South Africa. Interestingly, the mentioned countries do not come to mind when thinking about advanced Internet technologies. Nor will these countries be the location for new data hubs. However, they do have decent digital infrastructure, and combined with their low labor costs, companies have found it attractive to outsource parts of the digital supply chain to them. These countries often have a young population with an entrepreneurial spirit, eager to get their digital hands dirty.

It is wrong to assume that countries that already have a strong services advantage will benefit most from the developments in modern services after COVID-2019. In fact, it is the highly industrialized nations that have already reaped most of the benefits of modern digital commerce. Countries whose economies have generated the most value added and employment in manufacturing industries have also experienced growth in favor of modern services. This should be good news for manufacturing economies. For example, when Industry 4.0 and the Internet of Things really take off, industry-based economies are likely to benefit most from further expanded exports of R&D, ideas, information, and other future-related digital services.

In summary, according to the European Centre for International Political Economy (ECIPE), Globalization is not in decline; it is simply changing.

A critical trend is that world trade has begun to shift in a new direction for more than a decade. Traditional trade – trade in goods – is no longer growing as fast. The factors that drove the rapid growth of merchandise trade in the 1990s and 2000s are no longer the guiding vectors of globalization. Now, rather, it is ideas, data and intangible services – often traded digitally – that are expanding cross-border global integration. These are growing with technological change and the innovations of digitalization.

As a result, there is still tremendous potential for economic gains from expanding trade, investment, and other intangible connections across borders. There will be actions by governments to make the new globalization costlier (e.g., through taxes, tariffs, etc.).

Although the COVID-19 crisis has seen a dramatic decline in goods trade, investments and the movement of people, a new type of globalization is emerging.

However, the underlying economic forces of cooperation and specialization in these sectors are very strong, so the general trend of the new globalization is not stopped.

Globalization is undergoing a remarkable transformation, becoming more immaterial, non-physical and digital. Economies will not deglobalize – they will deepen global economic integration in a new way as described in the article.

If you need a sparring partner to discuss your individual globalization/internationalization issues, talk to our experts free of charge! 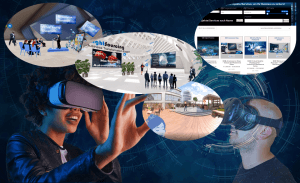 Does B2B Sales have anything to do with the Metaverse? 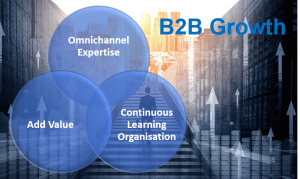 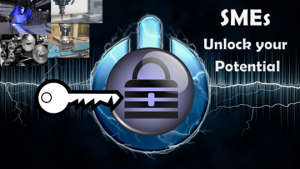 UNLOCKING THE POTENTIAL OF SMEs – this is how SMEs prepare for the future! 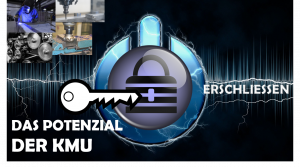