“One of the most effective ways to learn about yourself is by taking seriously the cultures of others. It forces you to pay attention to those details of life which differentiate them from you” — Edward T. Hall

Intercultural competence is not some innate characteristic, but a learned ability.

Based on the global trends and the competence requirements, Rightsourcing has developed a modular building block for knowledge transfer for organizations.

Intercultural competence is an increasingly desired and necessary skill
in a globalized world. The extent to which it is possible to live one’s
life without needing to recognize and adapt to the cultural differences
of colleagues, customers and even family has rapidly diminished in the
last few decades.

The modules of the building block for knowledge transfer and behavior transformation follow the clear objective of the corporate management. Each module is based on a scientifically verified foundation, on which industry-specific adaptations of the content are made, combined with the practical experience of our experts. We use numerous digital and interactive tools to monitor learning success and to continuously keep participants active. In the final stage, customer-specific requirements with regard to the market and range of services are taken into account. Each module has a representation of the addressed challenge, solution approach, green field exercises and customized exercises followed by coaching sessions in a personal work environment.

Thus, each of our solution is customised to solve your specific-country challenge. 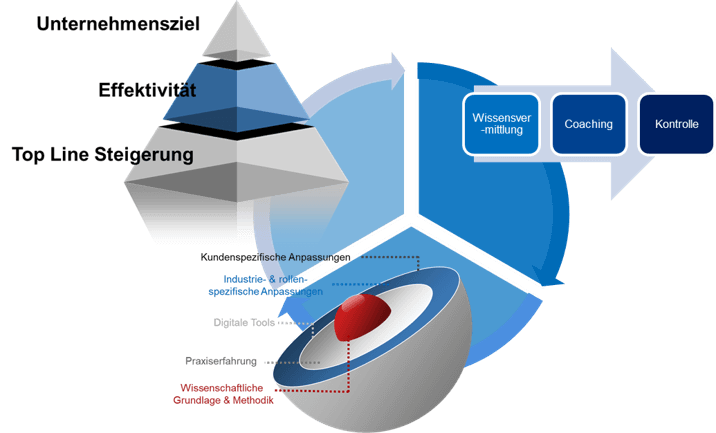 In a culturally complex world, it is easily arguable that the most appropriate response to this reality is mutual adaptation—people should develop an understanding of cultural differences and the skills to both understand the behavior of others and appropriately shift their own behavior in interactions with others (Hammer, 2009).

Recognizing and adapting well to cultural differences ultimately means understanding the ways that cultural differences, power, and privilege create different lived experiences for people in a variety of geographic and political systems. Thus, the skills useful in managing across international boundaries must necessarily be turned back on one’s own culture. In any circumstance, global or local, developing intercultural competence means usefully integrating cultural commonalities and differences in ways that let us both devise common visions and then approach them with creative vigor.

What precisely is meant by intercultural competence is often ambiguous in an organizational framework, and theoretically embodies a range of skills, knowledge, attitudes, and behaviors, some of which are easier to assess than others.

Description of the products & services

We help you find the Right Products to secure your Business!